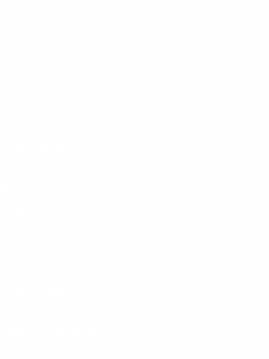 On a crisp blue February morning with windchill of -27 (where bare fingers can freeze in a few minutes), following a heavy snowfall the night before, I embarked (with snowshoes) on another “look-see” of Parliament Hill: Bay to Kent to Wellington to Sussex to the Canal to the Somerset Bridge and then MacLaren back to Bay.

I encountered truckers, the Parliamentary police and the RCMP, as well as a CBC journalist with a film crew.

The truckers were friendly; they were clearing the road around their vehicles, including removing the snow from around the fire hydrant and the storm drain. This is their truck.They were still getting food and fuel, from local residents and their own supply line [The 100 “check points” put in place by the combined police forces (RCMP, OPP and Ottawa Police Service) are manned by cops sitting in SUVs with their engines running. People can freely walk in the downtown core. Most of the trucks (far fewer than seen on previous reconnaissance occasions) on Kent and Wellington between Lyon and Sussex Drive/Colonel By]. There are no fences, save those around Parliament Hill. Even the portable toilets in front of the Chateau Laurier are still functional, and being regularly serviced.

But the truckers were oblivious to the fact that they could protest for 22 days without any police presence because they were privileged white people, some of whom held views at odds with the human rights of equity seeking groups or the progressive protesters in Quebec City in 2018. And oblivious that they were pawns in a larger game controlled by the 1% (with purse strings reaching south of the border) and a clutch of neo-rightist fascists seeking to overthrow a democratically elected government. And equally oblivious to the rights of citizens, small businesses and workers living in Centretown to breath clean air, go to stores or work or eat in restaurants without being harassed for what they looked like or for wearing masks. But the truckers took pride in clearing our streets; and standing for freedom of choice. 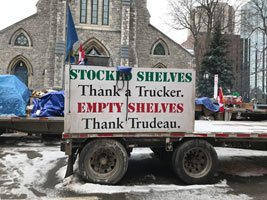 brutally met with 463 arrests, 5,148 canisters of tear gas and 903 rubber and plastic bullets later – after 2 days. One was a strapping fellow of 6’4″ 250lbs (who had just finished cleaning his windshield; they were parked in front of the Chateau Laurier); and the other a small wiry fellow sitting at the steering wheel. Both were from Quebec; and both were white. [It is openly acknowledged that the Quebec City police force is wracked with systemic racism and that the Ottawa Chief of Police faced systemic and systematic insubordination throughout his term and was actively sabotaged by the department during this crisis.]

Needless to say, the messages of concern I passed to the CBC film crew were not used; rather, the media continued its focus on the sensational behaviour of some protestors, the personal impact on the lives of those living in Centretown and, the “amazing professionalism and restraint” of the police and public order officers.

This situation shows us the depths of inequality, lack of awareness and structural racism that pervades our society. Until and unless this is acknowledged – and then, steps taken to root out systemic inequities – the tyranny of the few and the rise of the right will continue to polarize our country. We must raise awareness about the inequities that all Canadians face, particularly those from equity-seeking groups. We must stand for the rights of people to protest, but not at the expense of others. And the “playing field for protest” needs to be leveled: it is currently (and structurally) stacked against equity-seeking or progressive groups whose voice and access to basic human rights (food, shelter and a liveable income) is limited by the 1% and the strong-arm of the law. 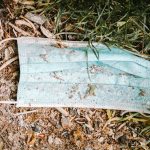 The Left is nowhere on COVID. And that’s a big problem.English