This platform begins from the premise that the core causes of the climate emergency, social exclusion and the degradation of democratic institutions are capitalism, militarism and imperialism, an unholy trinity that has brought us to the precipice of tyranny and extinction This is not a political opinion. It is a fact.

Unless we recognize that fact and act upon it fearlessly and urgently, human civilization is likely to collapse – perhaps within the lifetimes of our children. Those few who might survive among the rubble of civilizational collapse will be forced to subsist in a Hobbesian “state of nature:” a “war of all against all” in which life proves “solitary, poor, nasty, brutish and short.”

But none of these horrors are inevitable. Even at this late hour, humanity possesses ample means not only to preserve the livability of our planet, but to make our world a far more just, prosperous and equitable place than it has ever been. All that is lacking is the political will.

We ask that you join with us in a noble and vital endeavour to replace the current, failed system with eco-socialism. One person can accomplish little. Collectively, we can accomplish everything. Many will say that this ecosocialist platform is radical.

Some will say that it is too radical. But nothing is more radical than policies and practices which take us inexorably down the path of tyranny and extinction.

Measures that are needed to preserve our species, the health of our planet and the core elements of a just and democratic society are never “radical.”

Such measures simply accord with common sense and, above all, with basic human decency. The real radicals are those who are imperilling the future of our species and undermining democratic forms of governance.

The real radicals are the guardians of a suicidal status quo. We must oppose these radicals at every turn, and must do so with an unshakeable commitment to peace, principle and the preservation of Mother Earth.

Just Green WellBeing: A Vision For a Different Future

This document is a manifesto for change. It contains the platform documents developed by the Platform Committee for Dimitri Lascaris’s campaign for leadership of Canada’s Green Party, a campaign that elicited such enthusiastic support from such a broad left in Canada that it inspired us to launch Green Left/Gauche verte. We take these documents as the starting point for developing our a vision for an ecosocialist, just, and antiwar alternative for Canada in the 21st Century.

We sum up our vision simply as Just, Green Wellbeing for Canada and the world. For Canada, it envisages a green, high wage, high skill economy, socially just economy that recognises Indigenous sovereignty and eliminates massive wealth differences in place of today’s destructive, extractive, belligerent juggernaut. We envisage societies that care for their people, the earth and the world.

People in Canada have become increasingly and uneasily aware of just how badly our economy, society, political system and culture have suffered since the neoliberal turn some forty years ago. The pandemic, an iconic outcome both of our burgeoning environmental failures and a social system that has ceased being able to care for its people, has thrown a harsh light on the accumulated failures of Canada’s government and policies.

It is waking Canadians up to the realization that we cannot sit idle while catastrophes wash over us. We cannot just leave everything to the market, nor place it at the mercy of corporate greed. That has created the unacceptable levels of inequality, discrimination and injustice that riddle our society today

We cannot go back to ‘normal’. Normal is what produced the present catastrophe. It was already not working at all for too many – working people, Indigenous people and peoples, minorities, women – and working well only for a tiny elite. Now, it is failing everyone. In short, we cannot go on as before. A radical new policy orientation is called for.

We were already not producing enough of the right things and producing too much of the wrong. The recent scramble for medical supplies has exposed Canada’s neglect of the deep infrastructure its health and care system needs. This neglect went hand in hand with economic and environmental disasters of the get-rich-quick oil boom that benefitted few, trampled on Indigenous people’s lives and is now locked in a downward spiral of job losses provoked by the uncontrollable collapse of demand and the failure to turn to new, green technologies.

Abroad, Canada’s reputation has been dragged through mud as our government masquerades as the US State Department’s attack dog. It claims to speak for ‘human rights’ and the ‘rule of law’ whilst selling arms to Saudi Arabia. It is spearheading coercive sanctions and regime change. All the while, it hypocritically turns a systematic blind eye to the racism and injustice of our own society in its treatment of Indigenous peoples, Black people, women, LGBTQ people, and people with disabilities.

Canada’s labour relations and laws continue to lag behind the standards required by elementary needs of working families, as have the appallingly low levels of the minimum wage and the lack of any provision for income guarantees.

This document is the fruit of a remarkable team effort drawing on input from activists, professionals, experts, from the climate activists, Indigenous scholars and leaders, the unions, and campaigners for justice and equality. It therefore represents a major step forward in Canadian politics. It lays the groundwork for a manifesto for change and an answer to a crisis we ourselves have created and we ourselves must solve.

This is just a beginning. We invite the Canadian people to join in the widest possible debate around this handbook, and build the broadest possible movement to change Canada and the World, to end injustice and inequality and to end the ecological emergency.

Just Green Wellbeing: a new economic vision for Canada and the world

Our existing economy not only puts profit before people and guarantees spiralling inequality, but it is also the root cause of the ecological emergency. Economy and ecology are inextricably intertwined. To mend our relationship with the earth, we must wrest power from private corporations and bring the economy under democratic control so that it meets human needs without exceeding the limits of our planet. The vision of Just Green Wellbeing outlined here provides the foundation on which our blueprint for ‘Responding to the Ecological Emergency’ rests.

The Ecological Emergency: An Ecosocialist Response

The global ecological emergency is an existential threat. The climate crisis is already grave but is only one part of the broader picture of our broken relationship with nature. It also includes equally grim biodiversity loss, pollution and the wider ecological imbalance in our relationship with other species that is implicated in the zoonotic virus behind the current pandemic.

As young and old climate strikers insisted last year, the ecological emergency was already upon us when the pandemic highlighted another critical dimension of it. We can no longer go on abusing the nature that nurtures us. Our socialistic and internationally cooperative response will repair humanity’s broken relation to nature. It is also the essential foundation for just green wellbeing the world over.

The time is now.

As a settler society, Canada’s history has been one of dispossessing Indigenous peoples of their land, sovereignty and rights. Though the Royal Proclamation of 1763 recognized Indigenous peoples as the original occupants of the land and, as such, bearers of special rights including collective rights such as the right to self-determination or sovereignty and rights to traditional land, to this day, the Canadian state continues its termination policy towards all three in order to support its extraction-based economy. The result is genocide.

The ongoing dismissal of land rights, the kidnapping of Indigenous children from their communities, the over-incarceration of Indigenous people in the justice system and the tragedy of Missing and Murdered Indigenous Women and Girls are only the most visible features of this genocide.

We are committed to the most affirmative possible approach in working with Indigenous peoples to effect a root and branch overhaul of the relations between the Canadian state and Indigenous people, above all by insisting on Indigenous land, sovereignty and rights and rejecting the racist doctrines of discovery and terra nullius.

Our approach is committed to working with Indigenous peoples, their grass roots and elected leaders and their Indigenous knowledge, strengths and ways in nation-to-nation relations. It is committed to restoring Indigenous sovereignty, land and rights and ending the genocide as national priorities.

Towards a Socially Just Society

Canada professes a deep commitment to equality and multiculturalism and is committed, under its Charter of Human Rights and in international law, to fulfill these commitments. Despite that, neoliberal policies of recent decades, and the pandemic, set back historic struggles for equality, freedom and respect. They increased economic inequality and poverty and worsened discrimination, exclusion and backlash facing equity seeking groups – women, racialized Canadians, 2SLGBTQIA+, the old, the young, migrants and mentally ill and differently abled people. Affirmative action that does not tackle the underlying causes of the disadvantages equity seeking groups suffer only entrenches them.

We are committed to a radically deep and wide transformation that reaches all. It encompasses:

If today the world faces ecological and public health emergencies without the means to coordinate international action to address them, something is clearly wrong in the way its international relations are organized. Canada’s foreign policy has played no small part in bringing matters to this pass. Cooperative Foreign Policy for a Multipolar World proposes a radical overhaul of Canada’s foreign policy.

Canadians are proud of their publicly funded healthcare system. Despite this, our federal and provincial governments have long underfunded it and joined with corporations to privatize it. COVID-19 has revealed the unconscionable cost of this assault in the length and severity of the lockdowns and in long-term care homes even as bereaved families are prevented from going to court to seek redress.

We are committed to redressing the deficiencies of Canada’s healthcare system by expanding it into a universal, comprehensive and publicly and sufficiently funded People’s Healthcare Service (PHS). The new PHS will include dentistry, pharmacare, eldercare and mental healthcare. It will also ensure more equitable salaries and improved working conditions for healthcare workers, as well as the training of numerous new health professionals.

The PHS will fulfil its expanded mandate through a revamped Legal, Structural, Compliance and Financial Framework, including governance by First Nations of their healthcare services.

Advancing Workers’ Rights in a Changing World of Work

The world of work has changed. Workers’ rights, both individual and collective, have deteriorated; high-quality jobs have been replaced by precarious and part-time work with few benefits and no pensions; and large corporations prey on small businesses and workers.

Workers deserve a positive work environment, high wages, and freedom from discrimination. To rejuvenate workers’ rights in Canada, we must address the following areas:

This section will be uploaded shortly 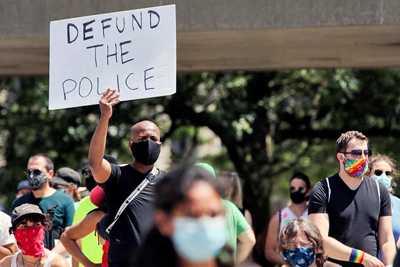 In theory, Canadians have equal rights. In practice, they do not. Our justice system is neither fair nor accessible. It works best for the economic and social elites who have access to money, and who are not burdened by systemic discrimination and biases.

Our criminal justice system suffers from systemic racism and prioritizes punishment over rehabilitation. Our civil justice system is unaffordable except to the very wealthy, with women most severely affected. Government and private companies are using technology in ways that erode privacy and human rights.

Ultimately, our legal system does not fulfil the basic function of a justice system: to provide citizens with security, dignity and compassion. To create an equitable society, there are seven areas of reform we need to address:

This section will be uploaded shortly